The President’s Speaker Series brings nationally-recognized and award-winning journalists, scientists, political leaders, and writers from across the globe to West Chester University.

Sponsored by TD Bank and made possible by the WCU Foundation. 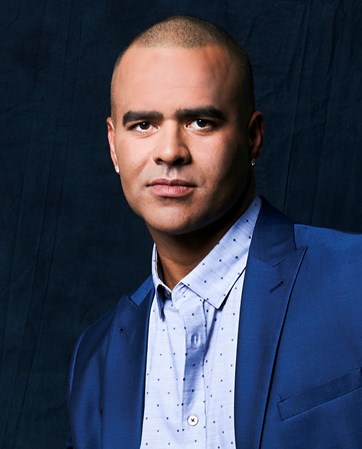 Award-winning actor Christopher Jackson shares his remarkable journey from a small town in Illinois (population 3,000) to performing for a constantly packed house on Broadway. From school plays, to Off-Broadway productions, to starring as George Washington in the revolutionary, critically-acclaimed musical Hamilton, Jackson reveals the lessons learned along the way and the mantras, moments, and mentors that made a difference. Taking audiences behind the scenes of Broadway's biggest hit-- sharing everything from befriending Lin Manuel-Miranda back in 2002, to performing for President Barack Obama-- Jackson also reflects on the social impact of Hamilton, addressing issues of inclusion and race. A talk as riveting as it is thought-provoking, Jackson leaves audiences inspired and empowered (and maybe with a song or two stuck in their head).