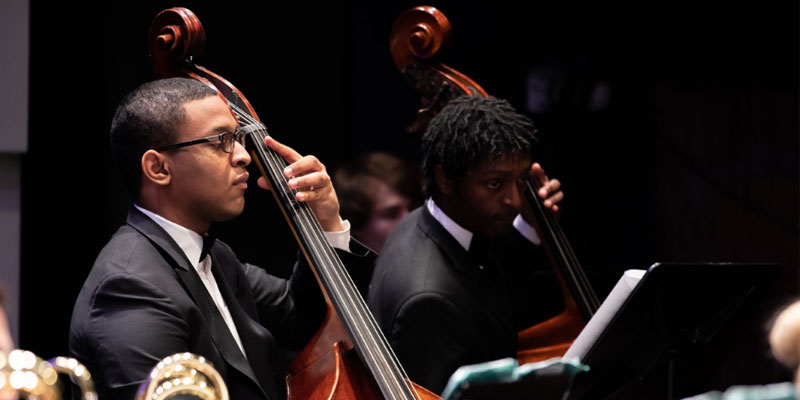 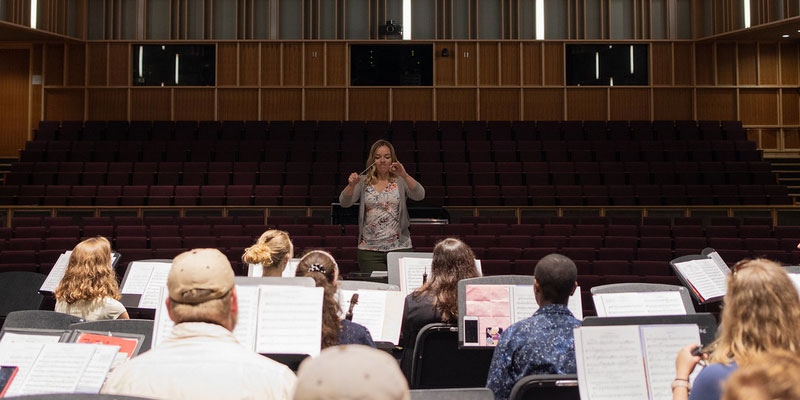 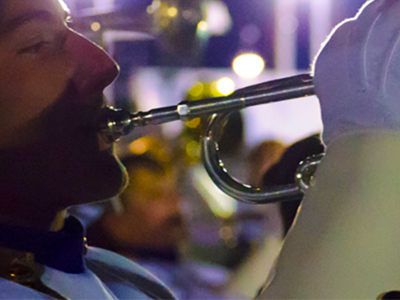 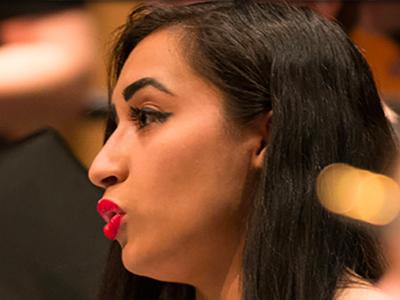 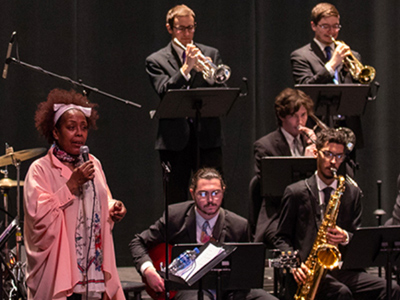 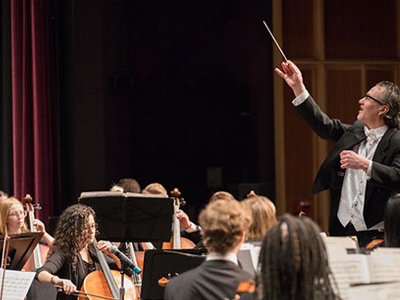 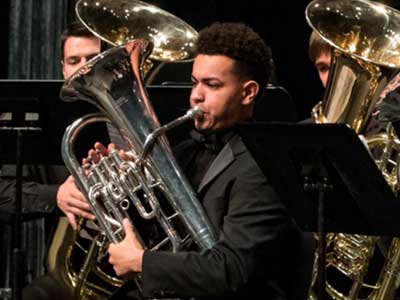 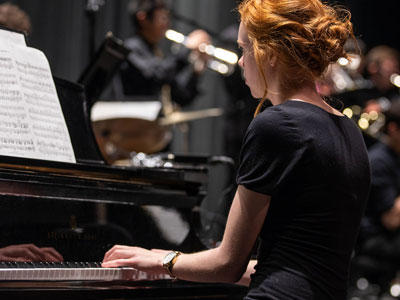 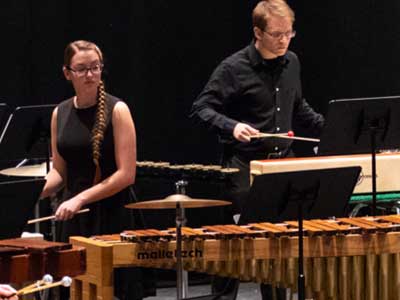 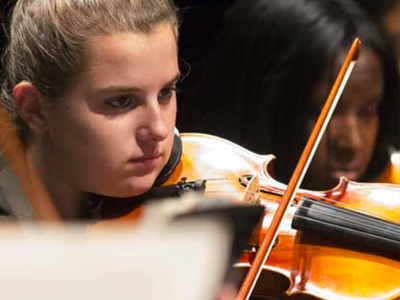 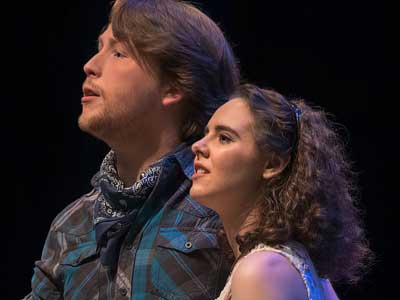 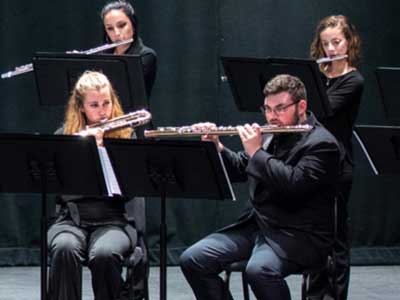 As a music major, you'll have the opportunity to participate in a variety of large and small ensembles. Ensembles are an opportunity for students to perform with their peers and gain valuable experience. An audition is required for most ensembles, however, students do not need to major within a Wells School of Music program to join an ensemble.

The Swope Music Building and Performing Arts Center is home to approximately 400 music majors and minors with multiple venues for rehearsing and performing. Swope offers an incredible space for performances, academics, and cultural and community engagement. Performance spaces include the 375-seat Madeleine Wing Adler Theatre and the 125-seat Ware Family Recital Hall. The nearby Emilie K. Asplundh Concert Hall seats 1,202 people and is the largest performing arts venue on campus. 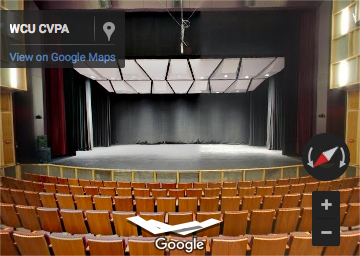 Opened in 2007, the building features a 385-seat performance hall which houses multiple theatre & dance productions throughout our season. Adjacent to the new Swope Music Building and named for former WCU President Madeleine Wing Adler (1992-2008), completion of this project ensures the quality of existing cultural arts programs and expand arts collaborations within the West Chester community. 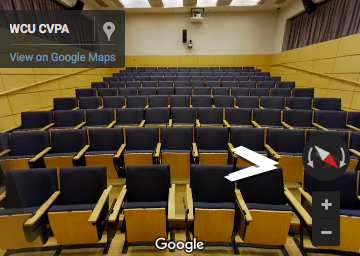 Also opened in 2007, Ware Family Recital Hall is a 120-seat space with stadium style seating. While often used for both faculty and student recitals, this space also accommodates larger classes and visiting lectures. 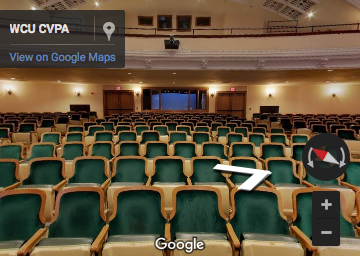 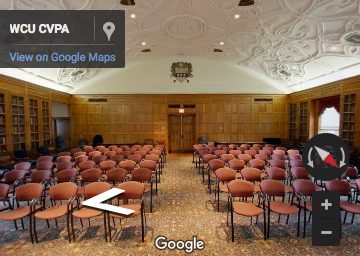 The autograph library in the Philips Memorial Building is a massive room with a fireplace, walls of glass-enclosed bookshelves, high gothic windows and a decorative ceiling. It was the largest autographed book collection of its time, with 2000 books by the time of Dr. Philips' death in 1920. Often used for both faculty and student recitals, this space accommodates larger groups and visiting lectures. 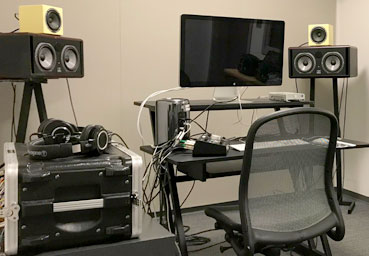 The Center for Music Technology (CMT) is a 3-room studio in the Swope Music Building with professional-grade audio production resources. Students use the CMT for original electronic composition and for projects that require recording, editing, mixing, and/or mastering of digital audio. In coordination with the CMT, several items are able to be checked out by any student from the Presser Music Library on the first floor of Swope.


Learn more about the Center for Music Technology. 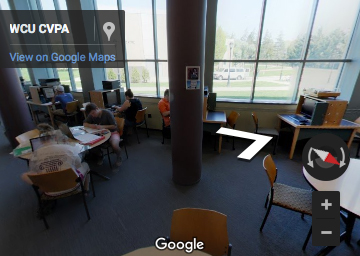 Also available is an extensive collection of online resources, including recordings, scores, and journals. See the Music Research Guide for links to these resources. Listening and viewing stations as well as computers with Finale and Sibelius notational software are available for use in Presser Music Library.