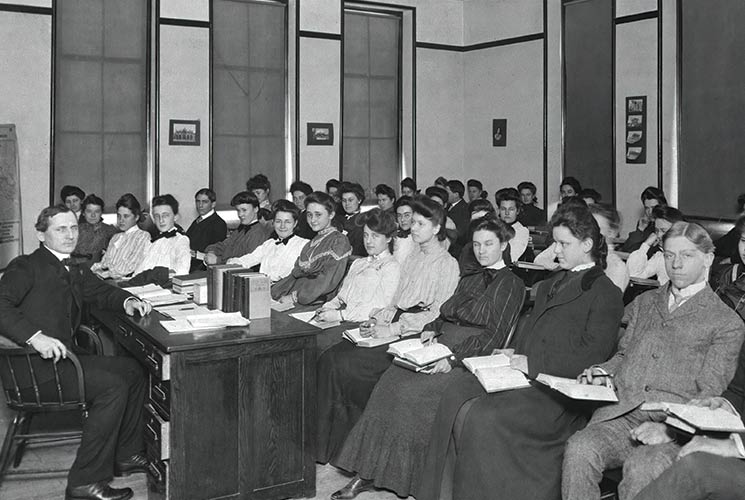 While 1871 may have marked the first day of class, it was even earlier that the Normal School at West Chester was officially chartered as a training academy for elementary school teachers. On March 10, 1870, the Pennsylvania General Assembly passed an act “to authorize the Trustees and Contributors to the West Chester Academy to become a State Normal School.”

Plans were solicited from several architects for “the completion of an institution not only attractive and convenient to those who seek its halls for education, but combining all that is … necessary to render it equal if not superior to any institution of similar kind in the commonwealth.”

WCU is marking this historic moment with its first-ever Charter Day of Giving on March 10 to raise critical funds for the University, Donors can make a difference by selecting the fund or program that personally means the most to them.

Plus, Charter Day is a great time to share your memories of your time at West Chester using the hashtag #WCU150.